A review by Darklady
Based on Bram Stoker’s classic 1897 novel, this film from Francis Ford Coppola and screenwriter James Victor Hart offers a full-blooded portrait of the immortal Transylvanian vampire Dracula.

When he comes to London, it is specifically to meet heroine Mina Harker (Winona Ryder), and then begins to make her is own. 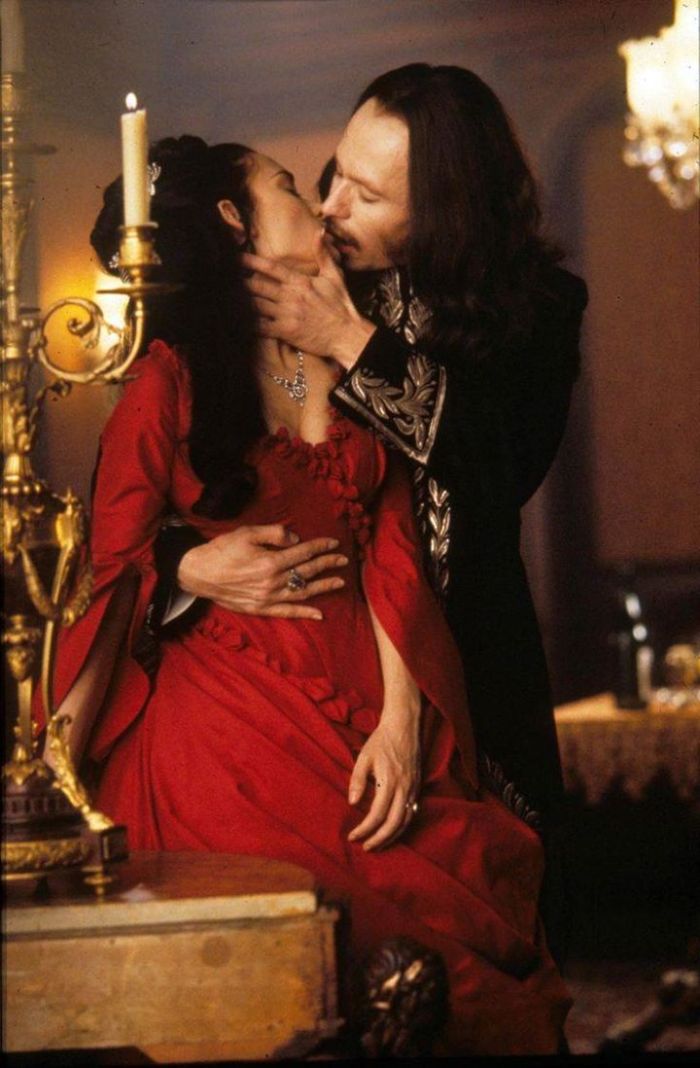 Anthony Hopkins is obsessed vampire hunter Van Helsing, who come to the rescue of all concerned, to rid the vampire from their lives, clear to the point of going to the castle and doing it himself..

Keanu Reeves plays the role of Jonathan Harker, the love of Mina live until she became mesmerized by the sexy count Dracula.

and of course the ever faithful bug-eating Renfield played by Tom Waits, their was never a spider or a fly that did not catch that guys eyes and then Pop into his mouth..

Bram Stoker’s Dracula was the winner of three Academy Awards.
So this is one of my favorite vamp movies that i have seen, but there has been many..This film by Francis Ford Coppola is a exceptional film.. I enjoyed every bloody moment of it..The costumes were lavish and beautiful the sets where huge and gorgeous..A beautiful period film..
Rating: R (for sexuality and horror violence)
Genre: horror
Directed By: Francis Ford Coppola
In Theaters: Nov 13, 1992 Wide
Runtime: 130 minutes
Studio: Columbia Pictures

To help keep us going..

This is to help with all our out going expenses, When you give you will get your name in a special place on our website as a Horror patron, for Darkladys horror movie review… Give what you can.. Thank you everyone, Darklady